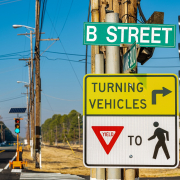 By the GoMentum Station Team

For over a century, AAA has been an advocate for transportation safety. In keeping with this mission, AAA Northern California operates GoMentum Station, the nation’s largest dedicated automated vehicle testing facility in the US.

GoMentum Station has engaged in and provided perspective on Automated Driving Systems (ADS) safety research since 2019. Today, Waymo released new ADS research where they reconstructed real-world accidents in simulation and tested their technology in these scenarios. GoMentum Station supports data sharing, which enables the industry to improve vehicle safety collectively.

Therefore, GoMentum Station would like to highlight the following points from this research:

GoMentum is the nation’s largest dedicated connected and automated vehicle testing facility in the US, located 65 miles from Silicon Valley. Owned and operated by AAA Northern California, the proving ground has over 20 miles of roads and highways set in 2,100 acres. Vehicle technology tested, including ADAS features in partnership with AAA National, at GoMentum Station will redefine the next generation of transportation, bring unprecedented mobility options to people, and advance traffic safety towards zero fatalities. Learn more at GoMentumStation.net. 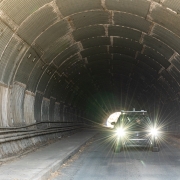 At GoMentum Station, 2100 acres and 20+ miles of roadway are available to our customers to test their ADAS, autonomous and connected technologies, only 65 miles from Silicon Valley. Here are the top 5 features that make GoMentum Station the premiere testing destination for our customers: #1: Bunker City has it all: multi-directional lanes, various striping patterns, traffic lights, bike and pedestrian infrastructure, and speeds from 15 to 55 mph. Set among hundreds of former munitions bunkers (hence the name), Bunker City proves challenging in many ways, from multipath navigation options to localization in a homogeneous environment. #2: Downtown is our take on ‘Main Street’ America. From teams’ operational base at our WWII firehouse, vehicles can train on freshly paved streets that mimic a suburban environment. With up to four travel lanes, center turn lanes, on-street parking, bus stops and bike lanes, Downtown will put even the best passenger or delivery service vehicles to the test. #3: 12th Street – Need a one mile straightaway that looks like every stretch of highway in America? We’ve got you covered. Teams use 12th street to test ADAS features such as lane change assist, adaptive cruise control and emergency braking. #4: Tunnel Road – Want to challenge your communication and perception systems? GoMentum has two 600 foot tunnels built of two foot thick concrete encased in a sheet of corrugated metal. Stark light contrast at all hours of the day will blind both human eyes and cameras – will your vehicle see the pedestrian crossing at the end of the tunnel? To find our more about the unique features at GoMentum Station contact us to schedule a tour of the proving ground.

We are excited to announce that research performed by AAA’s AV Testing team, in collaboration with two key partners, is being presented at the SAE World Congress 2020.

Of the many technical standards groups and industry conferences, SAE and World Congress stand apart. This year, in place of the Detroit event, we are excited to support SAE WCX virtually and showcase our research via the Digital Summit.

Both the papers, and their oral presentations, are available for on-demand viewing at the SAE WCX website in the Body / Chassis / Occupant and Pedestrian Safety Structure technical sessions category.

This research paper discusses the development and application of a novel metric for evaluating and quantifying the capability of a vehicle / controller (including a human driver) to avoid potential future collisions. The metric was developed in partnership with DRI, and is applicable to potentially any scenario, including with multiple actors and roadside objects.

To discuss these, and other research at GoMentum, feel free to contact Atul Acharya or Paul Wells at gomentum@norcal.aaa.com 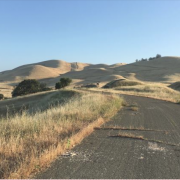 The GoMentum Station (GoMentum) has been acquired by AAA Northern California, Nevada & Utah (AAA NCNU) in August of 2018. The Chief Innovation Officer for the auto club, Suna Taymaz, shares that the deal expands on AAA NCNU’s previous partnership with GoMentum Station and is the cornerstone of AAA NCNU’s efforts to create a collaborative space dedicated to the safe implementation of self-driving cars. 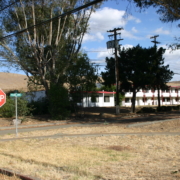 Last year, Lyft announced that it was building an open self-driving system at the Level 5 Engineering Center, based in Palo Alto, California, working closely with automotive and technology partners. Level 5 is the heart of Lyft’s self-driving division, bringing together a world-class team of hardware and software developers. Through this partnership, Lyft’s vehicles from Level 5 will be tested in Concord at GoMentum Station and help accelerate the introduction of Lyft’s self-driving vehicles to the public.

“At Lyft, we believe in a future where self-driving cars make transportation safer and more accessible to everyone,” said Luc Vincent, VP of Engineering at Lyft. “By partnering with GoMentum Station, we’re able to test our self-driving systems in a secure facility and advance our technology in an efficient way.”

GoMentum Station is rapidly becoming the Bay Area’s premier facility for putting the next generation of transportation technology through its paces. The cutting edge research and collaborative efforts between the public and private sectors are spurring innovation that will improve mobility and the quality of life in Contra Costa County and worldwide.

“We are incredibly proud to be partnering with Lyft – a company who is known for building relationships with the public sector and fostering innovative solutions – because we know their presence at GoMentum Station will help facilitate more mobility options not only for Contra Costa’s residents, but for the entire Bay Area region in the future,” stated Randy Iwasaki, Executive Director of CCTA.

“We are excited to see Lyft, one of the largest innovative transportation companies, join in using Concord’s GoMentum Station – at the forefront of technological advances,” said Edi Birsan, mayor of Concord. 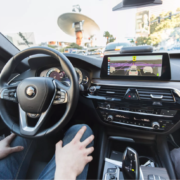 Lyft is doubling down on its self-driving car program.

The ride-hailing company announced Thursday that it’s partnered with GoMentum Station, which is a largest secure testing facility for autonomous vehicles in the country. Lyft said the partnership means it can speed up its timeline to bring its cars to the public.

“At Lyft, we believe in a future where self-driving cars make transportation safer and more accessible to everyone,” Luc Vincent, Lyft’s vice president of engineering, said in a statement. “By partnering with GoMentum Station, we’re able to test our self-driving systems in a secure facility and advance our technology in an efficient way.”

Read the full story at CNET 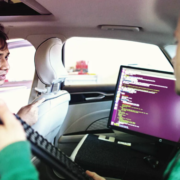 Lyft said today it is taking its self-driving cars to GoMentum Station in Contra Costa County, California. The 5,000-acre campus is a proving ground for transit technology used by car-and-part manufacturers, among others. The deal with GoMentum will give Lyft an opportunity to test its technology on private roads.

The ride-hail company first laid bare its ambitions to build self-driving car kits in July of last year. Lyft has since opened an office in Palo Alto called Level 5, specifically for developing self-driving software and hardware. The company has made significant hires to this effect, including Luc Vincent, former lead of Google Map’s Street View.

It’s not just Uber and Waymo racing to put self-driving cars on the road.

Ride-hailing app Lyft has been building its self-driving car program, and on Thursday, its fleet got a training boost.

Using test cars built at its own autonomous car development center, Lyft is running its cars through the ultimate challenge at a Bay Area automated vehicle test facility.

Lyft will test its self-driving vehicles at GoMentum Station’s 5,000-acre training ground in Concord, California — about a 30-mile drive east of San Francisco.

Read the full story at Mashable