The Bay Area has been the epicenter of the self-driving vehicle industry since Waymo’s Chauffer project in 2013. Over the last seven-odd years the industry evolved tremendously; sixty-six companies are currently permitted to test vehicles on California public roads. For Waymo and startups alike, public road testing is but one environment in a broader testing regime. Simulation, of course, is another dominant mode – with industry leaders citing millions or billions of virtual miles driven. Similarly though, controlled testing on private roads is another piece of a holistic approach to validation, and one that has been employed in the auto industry for decades (GM first bought Milford in 1936).

When the AV industry began, Bay Area teams were equipped primarily with research vehicles and needed only parking lots for controlled, full-vehicle testing before moving to public road driving. Especially over the last two years, now with fleets of vehicles driving on public roads and a focus on scale, most of the industry has outgrown parking lots. GoMentum, a military base turned proving ground since 2014, serves as a more robust tool for the growing needs of validation teams. AAA Northern California, Nevada & Utah became formally involved in 2018 and has since invested into infrastructure and operations to support efficient use of the site. We’re proud to partner with multiple companies.

As the use of GoMentum as a development tool grew, we also began to think about other opportunities – beyond the physical facility – that could advance the industry’s understanding of safety. Guided by many questions that have crystalized in the field – most notably, how safe is safe enough? – GoMentum created a research agenda in 2019. This agenda sought to complement the work of ISO 21448, UL 4600, Pegasus, and Safety First for Automated Driving by focusing on three key areas: methods for full-vehicle validation, the relationship between physical and virtual testing, and safety metric development.

Having wrapped several of these projects, we’re now excited to share our results. Please stay tuned as we continue to release more about our work and offer insights into questions like: How can AV safety be measured? What are the challenges introduced when distributing validation across physical and virtual environments? What is the state of the current validation toolchain? Which requirements are important for vehicle safety? What needs to be done by legislators and policy makers to ensure the safety of the public? 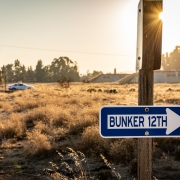